On Monday, March 12, 2018, the Ferdinand Porsche Erlebniswelten fahr(T)raum Mattsee will be launching a special exhibition on the „Sascha” race cars. How did the car get its name? Ferdinand Porsche named the small 1100 cc car he developed for Austro-Daimler in 1922 after his friend and supporter Count Alexander („Sascha”) Joseph Kolowrat-Krakowsky.

Count Kolowrat, born on 29 January 1886, came from an Austrian-Bohemian aristocratic family and was known as a highly educated „Austrian gentleman from head to toe”. After the death of his father in 1910 and the inheritance of a gigantic fortune, he founded the „Sascha Film Factory”, which became the largest Austrian film production company of the silent film and early sound film eras. He produced, inter alia, „Sodom and Gomorrah„, one of the most expensive monumental films in silent film history.

Yet, he was not just a movie producer. He was also passionate about motorcycle and car racing, flying and ballooning, and filming. In 1906, at the age of 20, he won the Semmering race on a Laurin & Klement motorcycle. In 1907 he also participated financially in the Laurin & Klement car company. Through his connections and friendship with Ferdinand Porsche, in the early 1920s Count Kolowrat prevailed in the construction of a small car which was then named „Sascha” after him.

Find out more about the eventful life of Count Kolowrat, the technical specifications of the Sascha car and the background of the development by Ferdinand Porsche in fahr(T)raum Mattsee from Monday 12.03.2018. 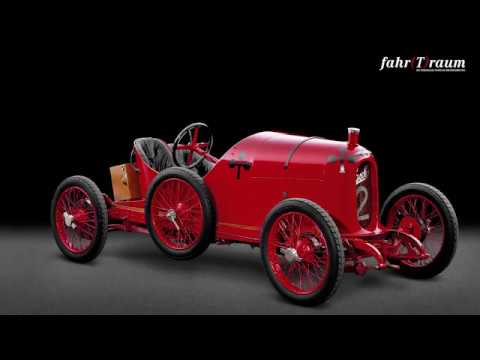 The best quotes and sayings from Ferdinand Porsche
Scroll to top